The client: Founded over 100 years ago on a Danish island, Carl Hansen & Son is now a globally renowned furniture brand known for its impeccable craftsmanship of mid-century icons and its continued collaborations with new, international design visionaries. 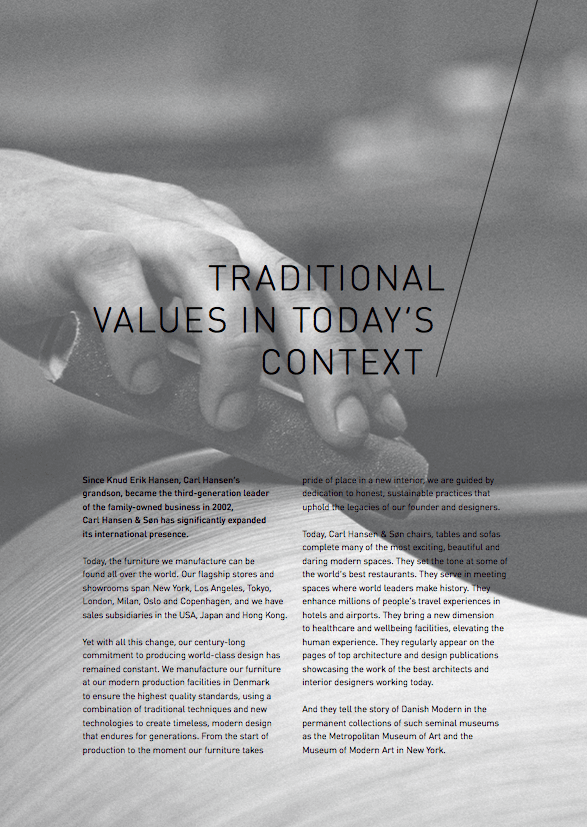 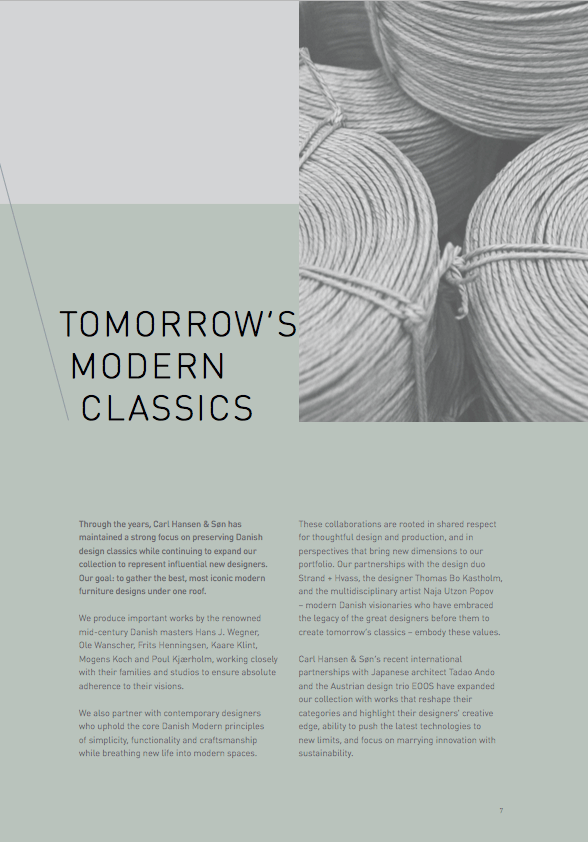 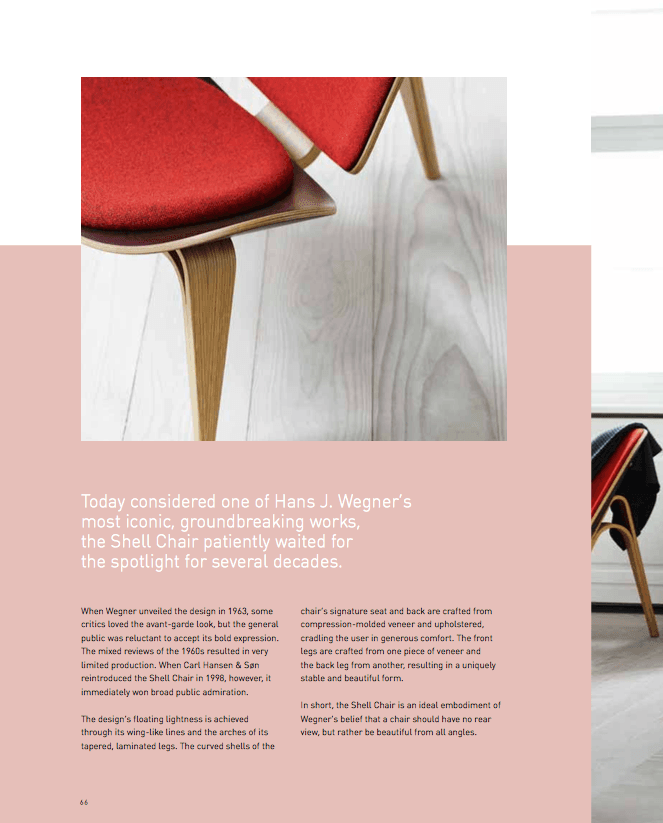 Below is another ad, this time for The New York Times Style Magazine. It features the newly launched Signature Chair, which had never before been produced – and so had not been named. Carl Hansen & Son asked me to work on this. As the final design Frits Henningsen created – and the one with which he signed off on an illustrious career – “Signature Chair” won out as the most fitting moniker. The flowing lines of the wooden frame are reminiscent of elegant, flowing cursive, and the silhouette features many of the design elements for which Henningsen is now renowned. 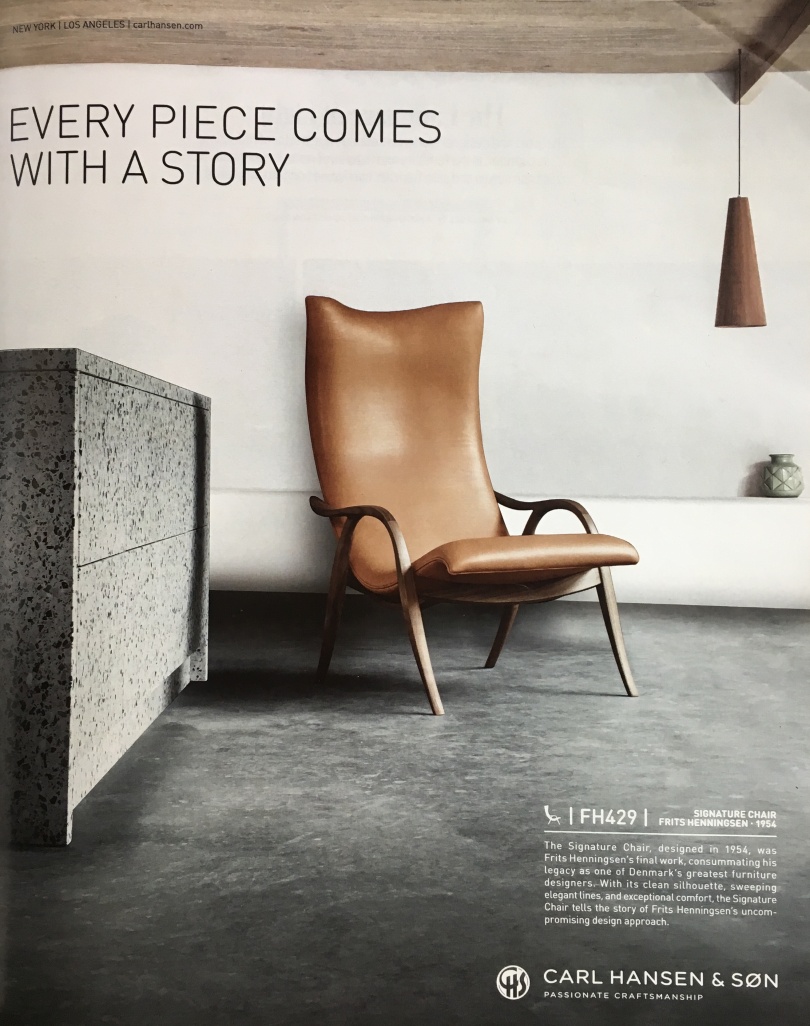 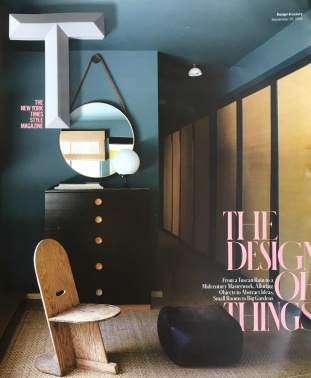 What to call a design that uses a three-dimensional cushion to just about hug the lucky sittee? 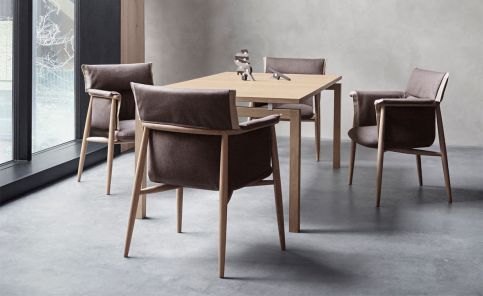 Embrace: to take or clasp in the arms; hug; encircle; surround; enclose, include, contain

I then told the Embrace story through press releases and product descriptions like this one: 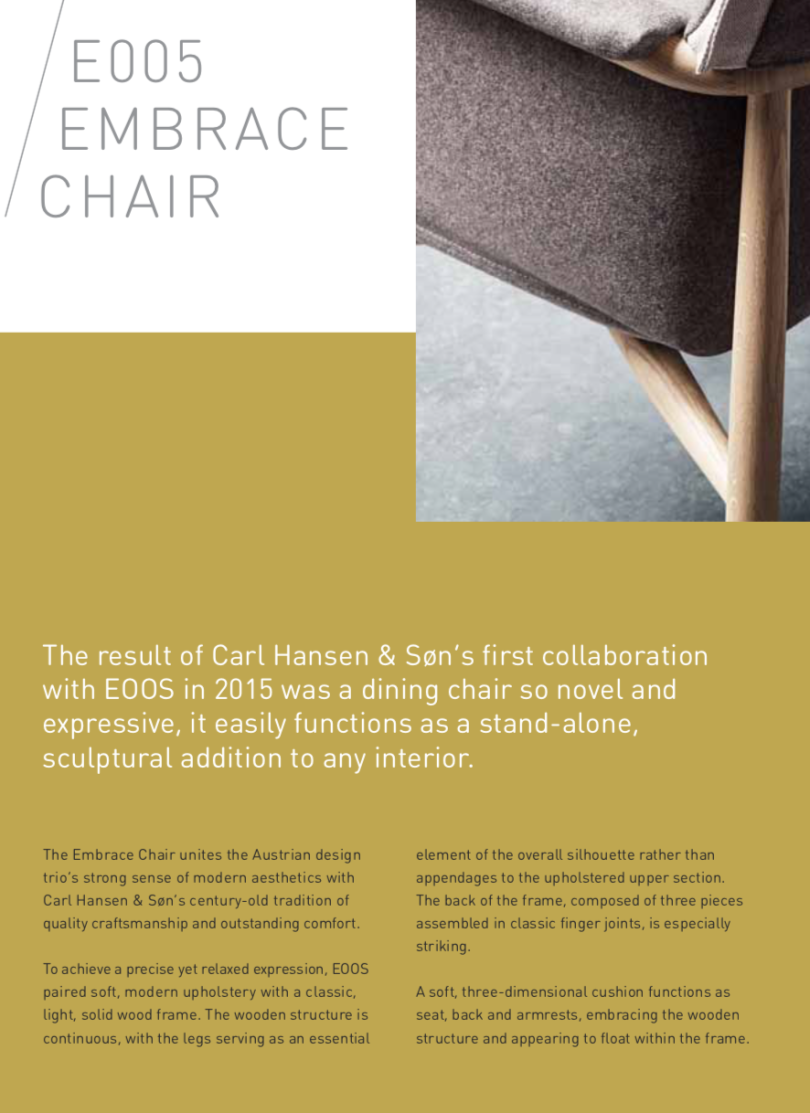 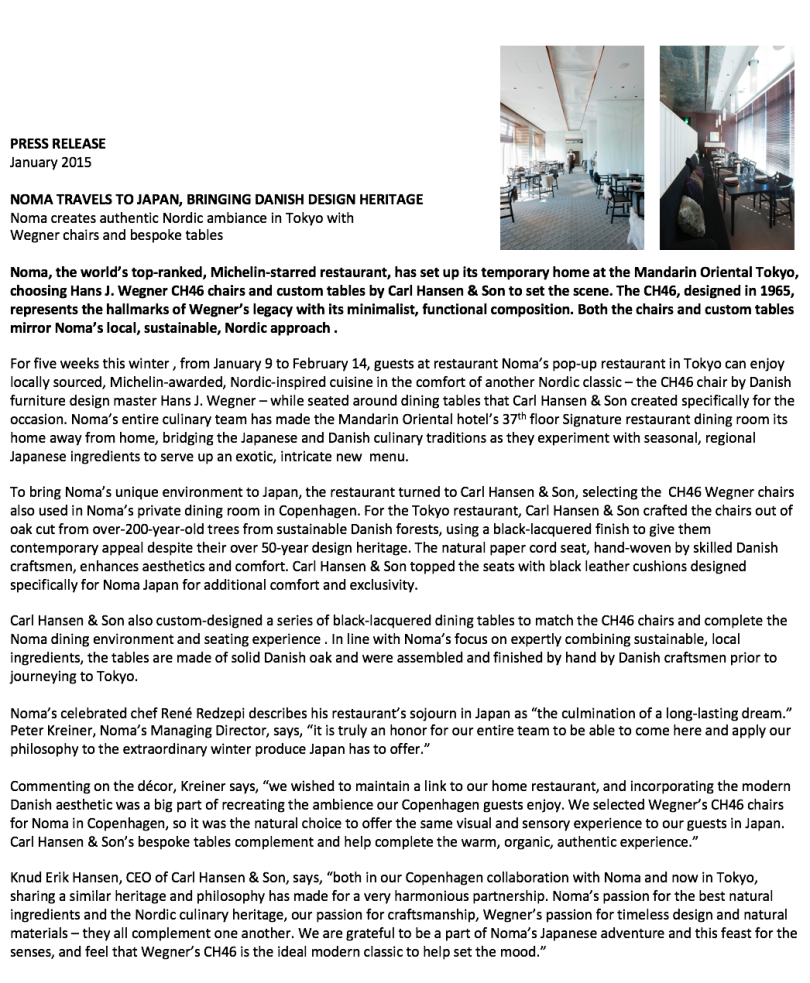 “You can write about it – but can you make it?”

During Boston Design Week 2017, I tried my hand at upholstering a Hans Wegner classic – the Wing Chair – at a Carl Hansen & Son event hosted by Lekker Home, Boston (a great modern design shop I later wrote about for The YUME Edit). 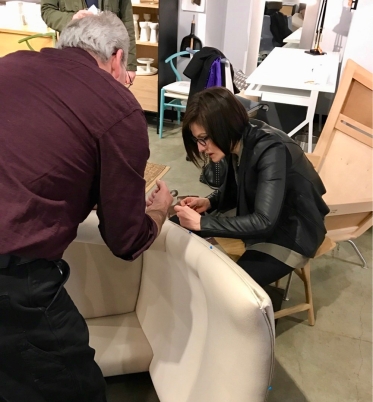